Home
Who We Are

Founded in 2009 by Duncan Peterson and Justin Delle Cave, PetersonDelleCave LLP is a litigation law firm located in New York City that focuses on civil rights cases brought by individuals who have been mistreated or abused by the NYPD. We have litigated numerous false arrest, malicious prosecution, and excessive force lawsuits on behalf of our clients and consistently achieve successful results. In each case, our goal remains the same: to fight vigorously for the rights of our clients. 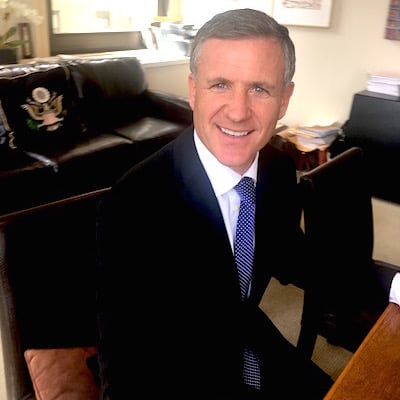 Duncan began his legal career at the New York City Law Department. As an Assistant Corporation Counsel, Duncan defended New York City and was involved in multimillion dollar real estate and construction law suits as well as civil rights, employment, and personal injury actions which received media coverage. Duncan received the 'Legal Rookie of the Year Award' from the New York City Law Department in 2006. Duncan has been the lead attorney in hundreds of cases and has won trials in Federal Court in both the Southern and Eastern Districts of New York. Duncan is known for his strong advocacy skills, and has negotiated numerous settlements with favorable terms for his clients.

Duncan holds a B.A. from Strathclyde University in Scotland and an M.S. with honors from New York University. Duncan received his J.D. from Brooklyn Law School where he was President of the Moot Court Honor Society and received an academic scholarship. Duncan is admitted to the bar in New York. Duncan also sat and passed the California and New Jersey Bar examinations. 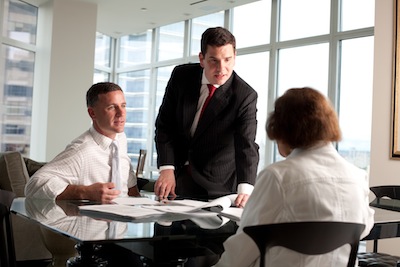 Justin first started practicing law as an Assistant District Attorney in the New York County District Attorney’s Office. As a state prosecutor, Justin was assigned thousands of criminal cases ranging from complex white-collar crimes to narcotics cases to DUIs, which he litigated at all stages from investigation to the completion of trial. Before he co-founded Peterson Delle Cave, Justin worked as an associate in a New York City law firm focused on obtaining seven-figure verdicts and settlements for individuals injured by large corporations.

Justin graduated from Brooklyn Law School with honors. While there, he was the recipient of several awards and accolades for his academic performance and trial advocacy, and he was elected Vice President of the Moot Court Honor Society. A graduate of Brooklyn College, where he completed a Bachelor of Arts degree in education, Justin taught for three years in underprivileged areas of New York and London before attending law school. Justin is admitted to the bar in New York.

Malcolm started his legal career with Brodies LLP in Edinburgh, one of the most prestigious law firms in Scotland. During his time with Brodies, Malcolm worked on defending many of the UK's largest insurance companies in the highest courts of the country, as well as representing some of the largest agricultural estates and wealthiest land owners in the UK.

After moving to New York, Malcolm joined PetersonDelleCave LLP, where he became a partner in 2015. Malcolm has successfully represented clients in matters ranging from personal injury to criminal defense and civil rights, negotiating numerous six-figure settlements for his clients. Malcolm also represents a variety of clients in corporate and commercial law, spanning small businesses to multi-national companies.

Malcolm has an M.A. from the University of St. Andrews and an LLB from the University of Edinburgh, two of the oldest and most prestigious universities in the world. Malcolm set a new precedent in New York when he successfully petitioned the Court of Appeals for permission to sit the New York bar exam based on his post-graduate degree in Scots Law, going on to pass the bar exam with 'flying colors' and becoming one of the few lawyers dual-qualified in Scotland and New York.

Malcolm is happily married to his American wife whom he met whilst they were both studying at St. Andrews University.