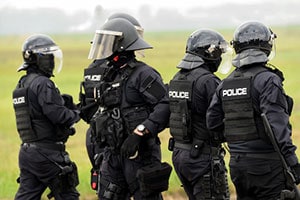 As made clear by the NY Times, regarding the disciplinary hearing for NYPD officer Daniel Pantaleo: this is an important moment for Police Commissioner James P. O’Neill, who must ultimately decide whether to discipline Pantaleo for his actions relating to Eric Garner’s death. In the five years since Garner’s death, none of the officers involved have been held accountable. O’Neill is expected to make a decision on whether to hold Pantaleo accountable for his actions sometime this July.

The issue of discipline police officers for misconduct is a growing problem: an article in the New York Law Journal discussed the failure of the New York Legislature to pass reform that would hold police officers accountable for misconduct. The article discusses lawmaker’s failure to repeal “Section 50a” during this legislative session, which would have allowed officer misconduct records be open to the public. The article goes on to discuss the average cost to NYPD for 4,091 officers involved in one misconduct lawsuit to be $28,600 per officer. For officers with two or more lawsuits, the average cost for each officer is $106,514. The total cost to the taxpayer of these repeat offenders was $187.4 million, which is roughly 3% of the NYPD budget for 2018. These numbers fail to highlight the cost to those people who fall victim to police misconduct every day.

There is continued discussion of the effects of Section 50-a of the State Civil Rights Law, whose original purpose was to prevent unsubstantiated accusations of misconduct to undermine the credibility of an officer testifying in a trial. Despite many efforts over the years to repeal it, Section 50-a still protects officers from disclosure of misconduct accusations. Police and corrections unions argue the law protects officers from retaliation, even though New York’s Freedom of Information Law already allows government agencies broad discretion to block the release of personal information that could endanger the officer.

A new open-records law in California will now allow the public to request to see the investigative records in police cases. Police unions have been arguing the law should not be applied retroactively since it would disrupt the workload of police departments. California previously had strict privacy laws in regard to public access to police records, and still has strict laws protecting officers from being held accountable (according to the ACLU, from 2005 to 206, there were almost 1,200 police-involved killings in California, and in only two of those cases were the killings determined to be unjustified).

As covered by the New York Times, a community in New Jersey began protesting after video footage of Cyprian Luke being beaten while being arrested surfaced. Communities like Dover, where this violent arrest took place, are allocating money in their budgets for body cameras, as violent arrests and other police misconduct continue to be exposed. In a separate incident, Newark police officer Jovanny Crespo was indicted by a grand jury after he repeatedly shot at a fleeing vehicle during a chase, eventually shooting and killing Gregory Griffin, the driver who fled the scene. According to the New York Times, since 2005, 36 nonfederal law enforcement officers have been convicted of a crime resulting from an on-duty shooting (16 by guilty plea, 20 by jury trial and none convicted by a bench trial).

If you have been the victim of police brutality or misconduct, contact the attorneys at PetersonDelleCave LLP for a free consultation.