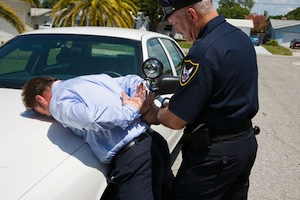 Times only seem to be getting darker for the NYPD, a department of more than 30,000 officers, as more reports surface of police corruption, false arrest, and misconduct.

With public faith in the justice system rapidly deteriorating, Attorney General Eric Schneiderman has moved to take action. Mr. Schneiderman has requested that Governor Cuomo appoint the Attorney General’s office as Temporary Special Prosecutor to investigate cases of police brutality that result in the death of unarmed citizens. The request comes after the Grand Jury’s decision not to indict Officer Daniel Pantaleo, the officer who placed Eric Gardner in the chokehold that ultimately lead to his death. The Attorney General stated that his administration is “conscientious about our ethical duty to see that justice is done in every case. Rather, the question is whether there is public confidence that justice has been served, especially in cases where homicide or other serious charges against the accused officer are not pursued or are dismissed prior to a trial by jury”.

The integrity of NYPD officers continues to be called into question after Police Officer Jose Ramos was convicted of attempted criminal possession of a controlled substance in the first degree, attempted robbery in the second degree, and attempted grand larceny in the third degree. Officer Ramos, an 18-year veteran of the force, was sentenced to 12 ½ to 14 ½ years after he was exposed during a massive ticket-fixing investigation. Ramos was also found to be distributing large amounts of marijuana out of the two barbershops he owned in Brooklyn, as well as conspiring with a Miami drug dealer to traffic a van full of heroin from the Bronx to Brooklyn. Unbeknown to Officer Ramos, the other individuals in the operation were undercover police officers.

Another case of police misconduct reached the courtroom recently as police officers were found to have manufactured gun possession charges against an innocent individual. Jeffery Herring, a Brooklyn native, was arrested on June 4, 2013 for gun possession charges. Mr. Herring maintained his innocence from the outset, claiming that the police planted the gun on him and fabricated the details of his arrest. The officers claimed to have been tipped off by a “confidential informant”. When told to bring the informant forward, the prosecution defied the request and ultimately was never able to produce the informant, which resulted in a dismissal of the case. The findings of this case, and others of a similar nature, have triggered a police corruption investigation into the precinct and the officers involved, who have been previously accused of similar misconduct.

Commissioner William J. Bratton, in an NYPD conference, issued statements in response to how his department would be dealing with the removal of officers who are “poisoning the well”. Commissioner Bratton didn’t want the actions of a few bad officers to take away from all the great the good ones do. “The reality is, at this moment, that there are some in the organization who shouldn’t be here”, and then went on to add “We, the leadership of this department have to commit ourselves to lead our officers better, supervise them better, train them better”.

If you have been victim of police brutality, police misconduct, excessive force or false arrest by the NYPD, please get in touch with the attorneys at PetersonDelleCave LLP.