Allegations of Police Brutality Arise in Shooting of an Unarmed African American by a White Police Officer in Ferguson, Missouri 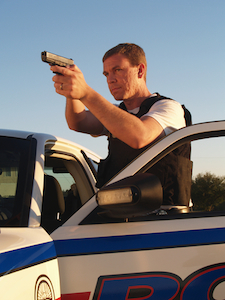 The controversial circumstances surrounding the police shooting in Ferguson, Missouri have captured the attention of the nation.

Michael Brown, an 18-year old black man was shot dead and killed by a white police officer, Darren Wilson, over an alleged convenience store robbery. Brown was unarmed at the time and had no previous criminal record.

The circumstances surrounding the shooting are in dispute, with some witness accounts directly contradicting others. The underlying question at issue is whether the police officer was justified in his actions?

The police authorities contend that there was an altercation between the teenager and Wilson, in which Wilson was physically assaulted. According to the authorities, Brown attempted to grab Wilson’s weapon, which led to Wilson firing the first shot from inside his police car. Brown then allegedly advanced towards Wilson in a threatening manner, forcing the officer to use deadly force against Brown in an act of self-defense.

Eyewitnesses, however, tell a different story. Dorian Johnson, who was with Brown immediately before the incident, asserts that at the time Brown was shot he was in fact surrendering, with his arms in the air to show he was unarmed. This is similar to the account given by witness Tiffany Mitchell, who told CNN; “the cop gets out his vehicle shooting...he turned around and put his hands up...the cop continued to fire until he just dropped to the ground.”

The shooting has sparked national outrage with protesters taking to the street fueled by racial tension.

A private autopsy, performed by Dr. Michael M. Baden, concluded that Brown was shot six times, four in his right arm and twice to the head. Dr. Baden reports that all shots were fired from a significant distance and that a wound to the right arm was consistent with either the teenager having adopted a defensive position with his arms in the air or having his back turned to the officer.

Two further autopsies have been conducted by local officials and a military doctor, however, neither have released their reports as yet.

A local Grand Jury has begun hearing the case and will decide whether or not officer Wilson will be prosecuted. While no outcome has yet been reached, the US Department of Justice has already launched a federal civil rights investigation that is independent from the local authorities.

The advocate general Eric Holder has promised a “thorough and complete investigation”. In a candid statement, he said that events in Ferguson are personal to him: “I am the attorney general of the United States. But I am also a black man… I can remember being stopped on the New Jersey turnpike on two occasions and accused of speeding. I remember how humiliating that was and how angry I was and the impact it had on me.” Holder went on to assert that the U.S. Department of Justice has aggressively fought police misconduct during his tenure and that the legacy of the Obama Administration will revolve around the work that the Civil Rights Division has done.

If you feel you have been the victim of a false arrest or police brutality by NYPD, please get in touch with the attorneys at PetersonDelleCave LLP