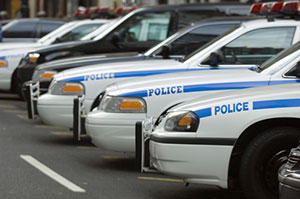 Mr. Bratton began his career as a police officer in Boston in the 1970s where he gradually worked his way up to become police commissioner. He then served as commissioner for both New York and LA, returning to New York in 2014. During his first stint as NYPD commissioner, he was known for his strategy of ‘Broken Windows’ policing. Essentially, this took a bottom up approach in which officers focused on combatting smaller lifestyle crimes such as possession of drugs, in hopes that this would help reduce more serious crime. Mr. Bratton aimed to fight crime in New York “block by block” and developed the NYPD CompStat system which monitored crime statistics across the NYPD area and provided a way to hold members of law enforcement accountable for high crime rates in their area. It was attributed with reducing crime in New York by 63%.

Whilst this NYPD strategy helped decrease crime, ‘Broken Windows’ was also attributed to having an adverse impact on black and Hispanic members of the community, burdening them with criminal records for minor offences. The ‘Broken Windows’ approach also failed to address the broad more sweeping social issues within the police force, such as the deeply rooted racial bias from which many believe that much of the lack of trust in the police stems.

Interestingly, during Bratton’s second term as NYPD commissioner Mr. Bratton took a different approach. Mayor De Blasio, who appointed Bratton, made a commitment to undertake reform within the police, in order to address racial bias, police brutality and misconduct. Mr. Bratton urged that both the police and minority communities needed to “see each other”: a phrase he coined from a civil rights activists he worked with in LA, according to the New York Times. Now that crime had been reduced, Bratton claimed it was time for NYPD to take a broader approach to encourage the police and minority communities to cooperate. Following this commitment Bratton initiated a community policing initiative which assigns officers to a particular community, in efforts to foster trust and familiarity.

Mr. Bratton’s resignation comes at a difficult time in the civil rights landscape. The fatal shootings of Austin Sterling and Philandro Castille at the hands of police officers were closely followed by the fatal shootings of five police officers at a protest in Dallas. Black Lives Matters campaigners continue to put pressure on NYPD to deal with the incidents of police misconduct and brutality towards the minority community. There had been protests in City Hall Park in the days preceding Mr. Bratton’s resignation. It is hoped that Mr. Bratton’s successor, Mr. James O’Neill, will rise to the challenge of strengthening relationships and trust between the police and minority communities, and will undertake efforts to help curb incidents of police misconduct and brutality.

If you have been the victim of false arrest, police brutality, or any form of police misconduct at the hands of NYPD, contact the attorneys at PetersonDelleCave LLP for a free consultation.