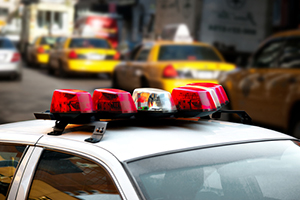 As New York City Department of Corrections, “DOC”, continues to push for improvements on conditions within Rikers Island, the Bronx District Attorney, Darcel D. Clark, opened up an office on Rikers Island to handles crimes: the Rikers Island Bureau. This had also been demanded by the Corrections Officers Union. Ms. Clark, the new Bronx District Attorney, has embraced the initiative advocated by the Corrections Officers’ Union, but has also been stepping up to prosecute officer misconduct at the same time. Ms. Clark has secured indictments against fourteen DOC Officers on charges that range from assault to smuggling. The Bureau has also been demanding consecutive sentences for inmates who commit crimes on Rikers. Many argue that this may have unintentional consequences on inmates that can keep them in Rikers far longer than necessary awaiting trial for the new charges. A recent NY Times article highlighted this issue.

Although arrests of inmates at Rikers have surged since Ms. Clark took over, the federal monitor has stated that excessive force against inmates by guards remains a constant problem. While steps are being made to curb misconduct and violence in Rikers, Mayor Bill de Blasio asserted that one of the nine Rikers Island Jails will close in the summer of 2018, according to the New York Law Journal. This is a part of the plan to shut down the complex in light of the mismanagement and corruption at Rikers Island. In an effort to build smaller jails and expand existing one’s, officials have been assessing the capacity of three existing correction facilities in New York City.

If you, or someone you know, has been the victim of violence at Rikers by a New York City Department of Corrections Officer, please contact attorneys at PetersonDelleCave LLP.