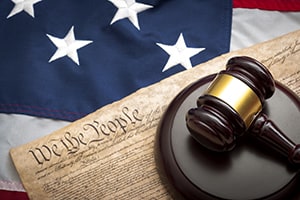 A veteran federal judge in Brooklyn has delivered a scathing critique of the Supreme Court's expansive approach to the qualified immunity doctrine in cases of alleged police misconduct. EDNY United Stated District Court Judge, Jack Weinstein, 96, said that the Supreme Court's "recent emphasis on shielding public officials and federal and local law enforcement means many individuals who suffer a constitutional deprivation will have no redress," and that the expanded doctrine "protects all but the plainly incompetent."

The qualified immunity doctrine shields government officials from civil rights lawsuits arising from discretionary actions carried out within their official capacity, unless they violate 'clearly established' federal law or constitutional rights. The rationale underlying the application of this doctrine to the police force is that the fear of lawsuits may discourage officers from performing their duties to the fullest. First established by the Supreme Court in 1967, the qualified immunity defense has been broadened in relation to law enforcement by cases in 2015 and 2018.

Judge Weinstein's remarks came in the context of a case against four NYPD officers for unlawful entry, false arrest, malicious prosecution and denial of right to a fair trial. On January 15, 2014, officers were called to the Crown Heights apartment of Larry Thomson after a 911 call made Mr. Thomson's sister-in-law claiming that her niece was being abused inside. Officers arrived at the apartment but were refused entry by Mr. Thomson without a warrant. Mr. Thomson alleges that officers proceeded to force their way in, punch, kick and choke him. Despite there being no evidence of harm to the 2-year-old girl thought to be at risk, Mr. Thomson was held for two days on charges of resisting arrest and obstructing governmental administration. After three court appearances, all charges against Mr. Thomson were thrown out. The four NYPD officers involved in Mr. Thomson's arrest sought to have the suit against them dismissed under the qualified immunity doctrine, but Judge Weinstein did not accept this defense and held that the case should proceed to jury trial.

While denials of qualified immunity are not uncommon, the frank and public criticism of Supreme Court doctrine by Judge Weinstein has attracted significant attention, including coverage in the New York Times and New York Law Journal. This criticism has served to highlight a broader, growing discomfort among academics and practitioners regarding the expansion of qualified immunity. UCLA law professor Joanna Schwartz, one of the foremost experts on the topic, has pointed out that the doctrine has departed from its original policy rationale, as police officers are now usually fully indemnified against lawsuits arising from actions made in their official capacity. Moreover, Judge Jon Newman of the 2nd Circuit has gone on record proposing the total abolition of the doctrine. While Judge Weinstein's comments have no precedential authority and he is known for outspoken and progressive pronouncements, it seems that the backlash against qualified immunity is growing.

If you feel that you have been beaten up, falsely arrested, or a victim of brutality at the hands of a New York City or New York State correction officer or prison-guard, please get in touch with the attorneys at PetersonDelleCave LLP.