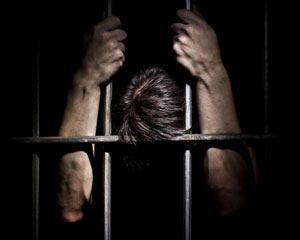 After educating himself in legal proceedings, Mr. Collins fought his conviction whilst behind bars. He always maintained his innocence throughout the process.

The case is of particular significance as it exposed aggressive tactics and questionable policies carried out by former Brooklyn district attorney, Charles J Hynes.

In 2010 Eastern District Judge Dora Irizarry, who called the handling of the case “shameful”, overturned the conviction when it was established that the prosecutor at the time, Michael Vecchione, had pressurized witnesses to point the finger at Mr. Collins. The New York Daily News reported that a leading witness in the trial testified that Vecchione had threatened to ‘beat him over the head with a coffee table and toss him in jail if he did not implicate Collins’. It was also established that key evidence was withheld during the trial that would have helped to demonstrate Mr. Collins’ innocence.

Collins told NY Daily news “I’ve been litigating this for 20 years and for the first time in 20 years I don’t have to wake up in the morning having to fight that fight anymore.”

The settlement comes a month after Collins successfully sued the state for $3 million under the Unjust Conviction Act, which requires the victim to show “through clear and convincing evidence that they were unjustly convicted.”

Mr. Collins’ case is the latest in an increasing list of exonerated defendants settling civil rights lawsuits alleging false arrest, malicious prosecution and excessive force against NYPD. In June the city reached a $40 million settlement brought by the five defendants accused of murdering and raping a Central Park jogger, whilst in February David Ranta, a man who was wrongfully convicted of murder and spent 23 years behind bars, was awarded $6.4 million.

If you feel you have been the victim of a false arrest or police brutality by NYPD, please get in touch with the attorneys at PetersonDelleCave LLP.