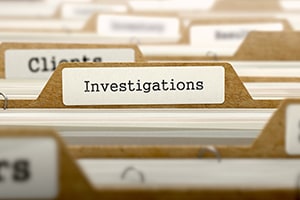 The NYPD routinely access sealed arrest records in contravention of state law, according to a class action lawsuit filed in Manhattan Supreme Court in April, 2018. The action, brought by non-profit organisation Bronx Defenders and attorneys Cleary Gottlieb Steen & Hamilton, alleges that the NYPD have breached Criminal Procedure Law § 160 on a mass scale. This provision bars law enforcement from accessing certain official records - including dismissed criminal charges, acquittals and calls made while in custody- without a court order. Section 160 is designed to prevent the presumption of innocence being undermined by unproven or dropped charges.

However, the lawsuit filed in April details extensive violations of § 160, and hence the due process rights of thousands of people, with police accessing and sharing sealed information on a regular basis. The lawsuit alleges that sealed information is routinely used by police in deciding whether to effect an arrest, and by prosecutors when designating someone a recidivist and formulating plea bargains. Troublingly, these practices have a disproportionate impact upon Hispanic and African American communities, as these groups tend to live in neighbourhoods in which police are more active. Quoted in the New York Times, Jenn Rolnick Borchetta, deputy director of Bronx Defenders, says that unproven or dropped charges - often for minor "crime of poverty" offenses such as fare evasion on public transport - "mark people for life" and increase the likelihood of arrest and prosecution for a minor offense in the future. Selective enforcement such as this undermines fairness and perpetuates unnecessary harm in the criminal justice system, according to Rolnick Borchetta.

However, others argue that access to sealed information is necessary in order to effectively tackle street crime and terrorism. Professor Eugene O'Donnell, a former police officer who now teaches at John Jay College, says that sealed records provide a "treasure trove of information" that can prove crucial in mapping criminal networks, affiliations and patterns of crime. Not all people acquitted of a crime are necessarily, in fact, innocent; quoted in the New York Times, O'Donnell observes that "there are very clear cases where someone got away with a very serious crime for whatever reason." Moreover, O'Donnell says that the process of gaining a court order can in some instances be cumbersome and ill-suited to swift and responsive policing.

The outcome of the class action lawsuit will hopefully help resolve this issue.

The NYPD will now have to account for millions of dollars in cash and assets seized during arrests after a lawsuit brought by the Bronx Defenders and Davis Wright Tremaine, reports the New York Law Journal. The action challenged the NYPD's refusal of Freedom of Information Law (FOIL) requests made by the Bronx Defenders concerning how much has been seized, how much of this is kept as revenue, and how much is eventually returned to arrestees. After a FOIL request in 2016, Bronx Defenders received only a handful of documents and consequently decided to bring suit. As part of the settlement reached in May of this year, the NYPD have agreed to produce over 160,000 documents which set out in more detail how seized assets are handled.

Previously, all seizures were accounted for under one line of the NYPD budget- "Unclaimed Cash & Property Sale"- without any further information. While the lawsuit does not allege any police corruption or impropriety in the handling of seized assets, it is hoped that increased transparency will allow for enhanced scrutiny regarding NYPD seizure policy and give the public a clearer picture of where these substantial amounts of money and assets ultimately go. Documents already made public indicate that the NYPD had seized $74 million in currency alone between June 2016 and July 2017.

Bronx Defenders argue it is unacceptable that a police property-tracking system costing $25 million lacks the capacity to publish detailed reports. While a spokesman for the Law Department said that the current system is designed for the "efficient management" of seized property rather than detailed public reporting, not least because the system contains sensitive information of members of the public. Nevertheless, the public is set to get a meaningful insight into NYPD seizure policy for the first time.

If you feel that you have been beaten up, falsely arrested, or a victim of brutality at the hands of a New York City or New York State correction officer or prison-guard, please get in touch with the attorneys at PetersonDelleCave LLP.