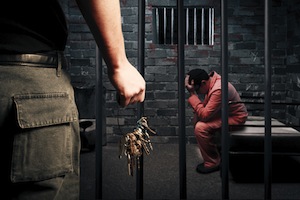 The continued reports of assault, brutality, and neglect of inmates by New York City Corrections Officers on Rikers Island Prison has finally come to the forefront of the public eye. New York City Mayor Bill De Blasio, on his first trip to the island since being elected, has now pledged reform, stating “It’s our moral responsibility as humans not to create a situation where so many people have to experience so many difficult things”.

Following the investigation into Rikers, Southern District U.S. Attorney, Preet Bharara, stated that there is a “Powerful code of silence” among the prison guards at Rikers. He went on to say “Individual guards who are thinking about breaking the law and violating the constitutional rights of young, mentally ill, presumed-innocent inmates, will think twice because you’re going to be an inmate yourself”. The US Justice Department has also moved to intervene in a class-action lawsuit alleging punitive segregation and excessive force against teenage inmates, who have been particularly affected by these civil rights violations.

This past December, New York had its first Rikers Island NYC Department of Corrections Officer convicted for civil rights abuse in the last decade. Terrence Pendergrass, a Rikers Island NYC DOC was found guilty for refusing to provide medical attention for an inmate. Inmate Jason Echevarria cried out for help after swallowing a highly toxic packet of detergent that burned through his digestive tract, ultimately leading to his death. Mr. Pendergrass was quoted saying to another officer “Don’t bother me unless someone is dead”. The development of this case, and other similar incidents of inmate abuse, are adding to the growing concern of public policy-makers for the way inmates are being handled in one of the country’s largest prison. The plague has spread within Rikers, forming deep, strong roots throughout the prison from top to bottom.

The Corrections Commissioner, Joseph Ponte, had previously been able to fly under the radar. However, he is now moving into the spotlight and receiving harsh criticism for his actions. Ponte’s promotion of a senior correction officer, who had been involved in reporting distorted data on violence within the prison three years ago, is drawing more questions about his decision-making and ability to lead. Mr. Ponte appointed officer William Clemons as Chief of Department in Rikers. Mr. Clemons had previously been found to have underreported inmate fights in an internal Correction Department audit. Mr. Clemons has also been called “clearly incompetent” by Melissa Mark-Viverito, the City Counsel speaker. All of these occurrences are making it ever more evident that major reform is needed. Inmate brutality within correctional facilities, such as Rikers, will not be tolerated. Many of these inmates are awaiting trial and have not been convicted of any crimes, yet they are subjected to abuse, assault, and discriminatory behavior.

If you feel that you have been beaten up or a victim of brutality at the hands of a NYC DOC prison-guard or NYPD police officer, or have had your civil rights violated, please get in touch with the attorneys at PetersonDelleCave LLP