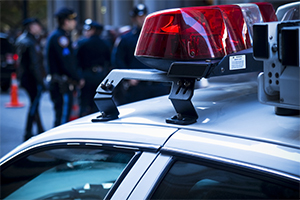 In October 2014, Laquan McDonald, a 17 year old African American living in Chicago, was killed by Police Officer Van Dyke, who claimed that Laquan was in possession of a three inch knife and was acting in a threatening manner. However, more than a year later, video footage emerged from the dash- camera of Officer Van Dyke’s police car, which showed Laquan walking away from the police officers in a non-threatening manner when Officer Van Dyke shot him 16 times. After the release of the video, and amid public outcry, Officer Van Dyke was charged with murder and was later convicted and sentenced to six years in prison. A separate issue with this case was the testimony of Van Dyke’s fellow officers, who would not testify against him or speak on the subject. Three of those officers were subsequently charged with conspiracy to cover-up the killing, but were ultimately acquitted by a judge, despite much of their testimony contradicting the video footage of the incident.

A similar case occurred recently in Minneapolis, where Police Officer Noor, a Somali immigrant, shot and killed Justine Ruszczyk Damond, a 40 year old Australian immigrant. The incident occurred after Damond called 911 because she thought someone was being assaulted in the alley outside of her home. Officer Noor arrived at the alley with his car lights off in order to be discreet. Damond approached the car and tapped on the window, at which point Noor discharged his weapon, firing a single shot into Damond as she stood outside the car. Noor was charged and later convicted of second degree murder. Similar to Laquan’s case, none of the other officers involved would speak on this case. As a result of the incident, Noor was fired from his job, along with the police chief and even the mayor of Minneapolis.

In both the cases of Laquan and Justine, police officers used excessive force resulting in unlawful death. Further, in both cases, the officers on the scene remained silent, or gave conflicting accounts, about what actually transpired.

If you have been the victim of police brutality, police misconduct, or a false arrest by NYPD, contact the attorneys at PetersonDelleCave LLP for a free consultation.