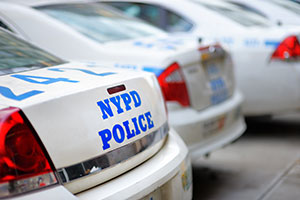 A recent New York Law Journal article highlights a lawsuit brought by an African American physician which alleges that he ‘was arrested for being black.’.

In June 2017, Dr. Clyde Pemberton, an African-American physician and CEO of the company that owns MIST nightclub, along with two other club workers were arrested after inquiring about an individual’s safety. During a business meeting, Dr. Pemberton observed two women drag an unconscious woman through the club - the women involved in the dispute were Caucasian. However, when Dr. Pemberton and other staff attempted to resolve the situation, they were assaulted and subjected to bigoted comments from the women. Although no NYPD officer spoke to either Dr. Pemberton or staff who were present at the time of the incident, they were arrested and charged with misdemeanor unlawful imprisonment. They were forced to stay in the precinct overnight and were not released until the next morning. Dr. Pemberton’s complaint states that the officers failed to conduct a proper investigation to corroborate the arrested woman’s claims. Additionally, the women were not forcibly detained at the club. Although the charges were dropped, Dr. Pemberton alleges financial damages, including legal and business costs. The incident also alleges psychological distress on Dr. Pemberton and his staff, citing their newly-minted distrust of police officers. Dr. Pemberton’s attorney denounced the NYPD’s handling of prejudiced arrests demanding that NYPD employ more effective measures to ensure that policing does not encroach on an individual’s civil rights.

The NYPD faces allegations of running a brothel in Brooklyn and racketeering in Queens nail salons. Ludwig Paz, a former detective and alleged ringleader of the ordeal, used his knowledge of the NYPD to orchestrate the underground crime. Three sergeants, two officers, and two detectives have pled not guilty after being charged in the prostitution ring. Officers who abided by their sworn oath feel betrayed that their colleagues would engage in such atrocity. Accusations included officers alerting Mr. Paz to police investigations that could reveal his involvement in the brothels and officers offering information in exchange for sex. Allegedly: Carlos Cruz, a detective, paid half price to sexually engage with a prostitute after providing warning tips; Rene Samaniego, a detective, relayed to Mr. Paz physical descriptions of undercover officers who were expected to visit the brothels and would assist prostitutes storytelling to discourage prosecutors from pursuing the case; Detective Samaniego was paid $500 per week to continue his deceptive practices; and Officer Cliff Nieves and Officer Steven Nieves, controlled the door at brothels and set up sex prices with prostitutes at the specified location.

The accused NYPD officers also have a long list of excessive force complaints and wrongful arrests. Nonetheless, the officers that were involved in the sex crime ring were still posing as upstanding Samaritans by making unrelated prostitution arrests.