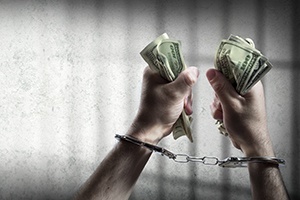 Both the New York State and New York City Department of Corrections are back in the spotlight amid accusations of negligence, officer misconduct, fraud, corruption, excessive force and assault.

Negligence on the part of state correction staff has led to more than 100 inmates being falsely imprisoned beyond their release dates. This not only deprives the inmates of their life and liberty but also costs the taxpayer millions of dollars in additional prison costs. One New Yorker spent nearly five extra months in Rikers as a result of a mistake in the system.

Meanwhile, it has been revealed that several New York City correction officers and a cook on Rikers Island have been taking bribes from inmates in return for smuggling contraband into the prison. There have been three different smuggling operations that have taken place since September 2015, in which city employees smuggled in concealed scalpels, a form of synthetic marijuana, tobacco and an opioid. One NYC corrections officer received up to $10,000 in bribes, compromising the safety and security of not only the officers he works with, but also the prison in general.

In the Bronx, nine New York City corrections officers have been convicted of assault and official misconduct following the beating of Rikers Island inmate Jahmal Lightfoot. Mr. Lightfoot suffered fractures to both of his eye sockets and a broken nose after two senior prison officers ordered that Mr. Lightfoot be brutally assaulted in a holding cell. The correction officers then attempted to cover up their misconduct by falsifying official reports. All of the convicted correction officers have been terminated from their employment and face up to 15 years in prison.

The corruption amongst NYC correction officers goes all the way to the top, with the head of the NYC Correction Officer’s Union, Norman Seabrook, arrested and charged with fraud as part of a wide-ranging federal investigation into corruption. Mr. Seabrook, who was set to run unopposed for re-election, has been forced to resign from his position. When asked to comment outside of the courthouse, Mr. Seabrook said he felt like “a million dollars!”

Many have called for the closing of Rikers Island on account of the systemic corruption and violence that has beset the prison complex. A mother visiting her son at Rikers, who has been awaiting trial for six years, has aptly termed the Department of Corrections as the “Department of Corruptions.”

If you have been the victim of misconduct, false arrest, excessive force or assault on the part of NYC corrections officers or NYPD police officers, contact the attorneys at PetersonDelleCave LLP.