Death of Freddie Gray: Illustrates Need to Bridge the Gap Between Police Departments and Minority Communities 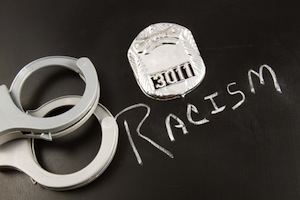 The death of Freddie Gray demonstrates another incident of police misconduct and brutality against a member of a minority community. On April 12, 2015, Mr. Gray caught eyes with police officers on patrol and began to run away. The officers pursued him and proceeded to handcuff him with his face to the ground. Despite requests for his inhaler and complaints that he could not breath properly, the officers held him to the ground until the van arrived. The police then failed to secure him with a seatbelt, which is required under police procedure. This disregard for procedure resulted in Mr. Gray sustaining fatal neck injuries.

All criminal charges were dropped against the officers involved in the encounter which ultimately led to Freddie Gray’s death. One of the protestors following this result stated that “to see the officer walk away and still no accountability, that hurts me the most”. This is another case in a long line of incidents where members of a minority community have not received justice following civil rights violations at the hands of the cops.

The New York Times reported that the lead prosecutor on the case accused the police of causing delays and difficulties which have undermined attempts to prosecute the officers involved. The Freddie Gray incident resulted in protests in Baltimore. Protestors believe that a peaceful and cooperative community will not be attained until justice is achieved for victims of police misconduct and brutality.

Retiring NYPD Commissioner Bill Bratton announced new community-policing initiatives, designed to bridge this gap and strengthen relationships between the police and their assigned community. However, as can be seen from the recent string of high profile civil rights violations, there is a long way to go before the gap between the police and minority communities is bridged.

If you have the been the victim of police misconduct or a violation of your civil rights, contact the attorneys at PetersonDelleCave LLP for a free consultation