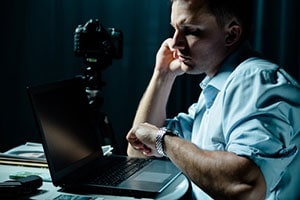 An article in the NY Times in October 2017, once again highlights the issue of NYPD cops lying in Court. Detective Kevin Desormeau has been presented with a medal of valor, made 350 arrests (counted by himself), and was regarded as a highly skilled detective. However, New York City prosecutors no longer believe that Mr Desormeau is a credible witness as he’s been accused twice, along with his partner, Detective Neve, of making up details when arresting people and in some cases testifying about criminal activity that may not have occurred. He and Detective Neve were indicted this year, however, both remain on the force.

Detective Desormeau was first charged with fabricating details of a gun arrest. He claims he heard through an informant that a gun was kept at an apartment at Washington Heights, Upper Manhattan. The informant was apparently a stranger who flagged the detectives down on the street claiming his neighbor had just threatened him with a gun. The officers then said they proceeded to knock on the neighbors door and when the neighbor answered the door, the gun was visible in his waist band. However, it was later learned that the witness, who had supposedly approached them out of the blue, was actually a regular informant of Detective Desormeau who helped with gun cases, meaning the detectives credibility was now being called into question. The Manhattan District Attorneys office then found further texts and video surveillance that weakened the detectives testimony even more. The detectives were also accused of barging into the apartment without a warrant - what they should have done was take the informant to a judge so they could secure a search warrant for the apartment. While this case was being prosecuted, another case of Detectives Desormeau and Neve’s, was being re-examined. This lead to their second perjury indictment.

In that case, Detective Desormeau claimed he watched a man dealing drugs near a restaurant in Jamaica, Queens. He said he then stopped the man and searched him, finding a bag of cocaine tucked into his waistband. But surveillance footage showed a different story. It showed little evidence of drugs being discovered and showed the man inside the restaurant playing pool, not outside dealing drugs.

The Queens District Attorneys Office is now reviewing a number of cases that involved Detectives Desormeau and Neve. Both remain employed by NYPD.