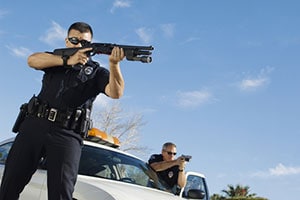 The New York Police Department was late to game on equipping officers with body cameras and only began using them with a fraction of officers early in 2017.

On Thursday, September 14th, 2017, the footage from the first fatal NYPD encounter captured by a body camera was released to the public after a slight delay. It showed the lengthy standoff between four police officers, all equipped with body cameras, and Miguel Richards, an emotionally disturbed person, holding a knife and a fake gun. The footage allows the public an insight into police conduct and allows them to decide on the adequacy of police training.

In this incident, Mr. Richards was fatally shot by two police officers at the scene after refusing to yield his weapons. The footage shows that an officer arrived with a taser, however, when Mr Richards raised his own fake gun at the officers, the officers shot him with both the taser and the gun. Three of the officers at the incident are on sick leave and one has returned to active duty.

The incident shows that the NYPD appears to be falling short on training officers on how to effectively subdue people in an emotional crisis. The incident also shows the usefulness of body cameras for evaluating the accountability of officers in fatal encounters, and whether excessive force was used.

However, a recent study by researchers at The Lab @ DC, released on October 20th 2017, suggested that the use of body cameras on police officers made no detectable difference on use of force by police.

The study analyzed the actions of 2200 law enforcement officers over 7 months in Washington D.C.. The researchers tracked police use of force and civilian complaints to see if body cameras had any effect on actions by police officers. It found there were no significant statistical discrepancies between police with body cameras and police with out.

The message, as a result, was that police departments should not expect dramatic decreases in civilian complaints once they employ body cameras. However, body cameras are useful for determining the accountability of corrupt police officers and allowing the public an insight into incidents where there are allegations that civilians are “beaten up by cops” or victims of a false arrest.