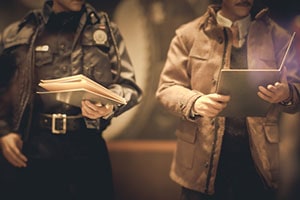 NYPD Cops are called on constantly to testify in court, often their words go unchallenged and their authority allows their view to be accepted as the truth. What they testify, however, is not always true.

An article in the NY Times in October 2017 covered Cordero v. The City of New York, 15-CV-3436, a case due to be heard by a jury in January 2018. In it, Hector Cordero alleges that he was falsely arrested on account of drug charges by NYPD officers because they wanted to be paid overtime for making an arrest near the end of their shift.

The incident occurred when plainclothes officers in Bushwick, Brooklyn, claimed to see a man walk out of a J&C Minimart, where Mr. Cordero worked as a cashier, with “what appeared to be two little zips or bags”. The man then approached Mathew Ninos, who appeared to be waiting on his phone, and exchanged the bags for money. Mr. Cordero denies involvement in a drug transaction and testified that he hadn’t left the shop that day until he was asked to step outside by the officers and arrested. A co-worker also testified that he was inside at the time of the incident and no drugs were found on Mr. Cordero during the strip search.

The officers are being sued for unlawful stop and search, false arrest, malicious prosecution, denial of right to a fair trial, failure to intervene and supervisory liability. If Judge Weinstein finds the officers liable for any of these claims, then the case will proceed to a second hearing where the judge will determine whether there is a systematic problem in the Police Department.

The officers were paid more than 20 hours overtime for processing the arrests. One of the officers at the incident, Hugo Hugasian, also has a disciplinary record for falsification of overtime as well as previous lawsuits against him for false arrest.

This city of New York is being sued on the theory that the overtime policy and their policy on lying by officers, incited these actions. Weinstein writes “A finding by a petty jury that a municipal policy encouraged widespread police officer misconduct can be significant. It may indicate the need for more careful tracking of individual police officer’s litigation history and a more effective disciplinary policy to avoid repeated lying by a number of officers.”