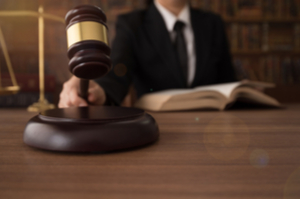 New details have emerged relating to the death of Eric Garner at the hands of a NYPD officer during the disciplinary hearing brought by the Civilian Complaint Review Board (“CCRB”) for Officer Daniel Pantaleo - the officer responsible for placing Garner in a chokehold. Sadly, they reveal a myriad of problems for NYPD.

Notably, after receiving a text message from one of his officers stating that Eric Garner had been arrested and was “most likely DOA”, lieutenant Christopher Bannon responded saying it was “not a big deal, we were effecting a lawful arrest.” Lieutenant Bannon will likely not face any disciplinary action for his response, due to the statute of limitations on administrative charges.

The chokehold tactic that was used on Eric Garner continues to be used by the NYPD, despite a $35 million effort by NYPD to retrain patrol officers not to employ strangleholds. According to a New York Times article, 133 complaints of chokeholds were filed last year although this is the fewest in a decade.

Officer Pantaleo faces charges of reckless use of a chokehold and intentional restriction of breathing in a hearing brought by the independent police watchdog agency, the CCRB, which began in May 2019. Pantaleo’s lawyer alleges that the tactic used on Garner was a seatbelt technique that is taught to NYPD officers in training. During the first day of Pantaleo’s trial, it was revealed by internal affairs investigators that the officer who wrestled Garner to the ground used a forbidden chokehold on him, according to a police supervisor’s testimony. This testimony is troublesome for NYPD, who never took independent action against Pantaleo and only chose to place Pantaleo on desk duty. According to a New York Times article, the supervisor who oversaw the NYPD’s internal review testified that in 2015 he ordered the lead investigator to recommend disciplinary charges against Officer Pantaleo, but the department’s internal prosecution unit never filed charges.

On Wednesday, May 15, 2019, the doctor who performed an autopsy on Eric Garner testified during Pantaleo’s disciplinary hearing that a police officer choked Garner with enough force that it triggered a “lethal cascade” of events, ending in a fatal asthma attack, according to a New York Times article. This marks the third official to testify that Pantaleo used a prohibited chokehold on Garner. Further, the commanding officer of the police academy, Deputy Inspector Richard Dee, testified that video footage of Pantaleo taking down Garner meets the definition of a chokehold. Dee also testified that the seatbelt maneuver was not taught in the academy in 2006, when Pantaleo went through the academy.

A witness to Garner’s death will not testify in Pantaleo’s disciplinary hearing, saying the hearing trivializes Garner’s death. The hearing is to determine whether Pantaleo violated departmental rules and should be subject to punishment, but the hearing fails to consider larger issues that led to Garner’s death that the NYPD still faces, like leadership, expectations placed on officers, police culture, race and community complaints, according to a New York Times article.