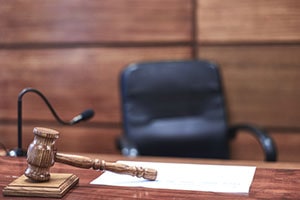 On Wednesday 13th September, a former New York City Department of Corrections Officer (“NYC DOC”), Brian Coll, at New York Riker’s Island jail was sentenced to 30 years in prison for fatally beating a 52-year-old inmate, Ronald Spears, and attempting to cover it up.

Ronald Spears was a pretrial detainee in an infirmary unit at Rikers.  According to prosecutors he suffered from diabetes, heart disease, and end-stage renal disease that required dialysis, and he often had to use a cane to help him walk.  It was outside the Rikers doctor’s office that Mr. Spears was fatally beaten by now former DOC, Brian Coll.

Allegedly, Mr. Spears became frustrated at not being able to immediately see a doctor, leading to a verbal argument between him and Mr. Coll.  This quickly escalated and Mr. Coll tackled Mr. Spears and, with the help of another DOC officer, pinned him to the floor.  Mr. Coll then screamed at Mr. Spears as he repeatedly kicked his head “This is what you get.  Remember I did this”.  The beating caused a brain injury that triggered a heart attack, which killed Mr. Spears.

Immediately after the incident Mr. Coll began a cover-up: he conspired with other DOC officers to frame Mr. Spears as the initial attacker, alleging that Mr. Spears had attacked him with his cane.  Mr. Torres, one of the DOC officers at the scene, said in his testimony “You don’t snitch on another officer”!

Mr. Coll was charged with 30 years for his crimes, including obstruction of justice, and two other NYD DOC officers also plead guilty to covering up the fatal beating.  New York City has paid £2.75 million to settle a lawsuit by Mr. Spears family and has promised broad reforms at Rikers to address the violent and secretive culture that this incident highlights.

If you, or someone you know, has been the victim of violence at Rikers by a New York City Department of Corrections Officer, please contact the attorneys at PetersonDelleCave LLP.