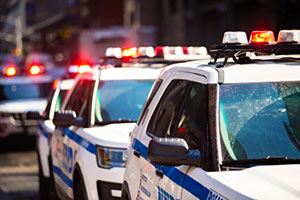 The New York Post published a video recently showing two African American men being beaten by NYPD officers. The situation arose when the NYPD officers asked the two men, Sidney Williams and Aaron Grissom, to move away from the entrance of the subway station on 169th street. According to the police officers, one of the men threw a punch at them, however this is not seen on the video recording. What ensued was the police officers hitting both men with their batons and continuing to beat them once they were on the floor. The bald-headed cop can be seen on video pulling out his baton and viciously beating on Sydney, hitting him in the head twice. The other officer, seen wearing a hat, can also be seen on the video pulling out his baton and proceeding to hit Sydney in the face causing cuts and bleeding from his nose. Meanwhile, Aaron is tackled by one of the cops and is beaten on the ground by the cop and two undercover detectives. Both men were later arrested.

In another case involving excessive force, Sergeant Barry was found not guilty in a criminal trial after he shot dead a 66-year-old black woman in the Bronx. Deborah Danner was an elderly woman who lived in the Bronx and was known on record for having a mental illness. A building security guard called NYPD because Deborah was in the hallway being loud and ripping posters off the walls. When police arrived, Deborah was in her room holding a pair of scissors and refusing to come out. After a few minutes, she put the scissors down and grabbed a bat. She advanced on Sergeant Barry and when she stepped forward to swing the bat, Sergeant Barry shot her dead. The officer was taken off of active duty but was later acquitted of all charges against him. Mayor Bill de Blasio and Police Commissioner James O'Neill stated that Sergeant Barry had failed to follow NYPD protocol, but had not committed a crime.