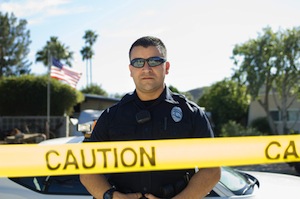 A spotlight has been shining on THE U.S. JUDICIAL SYTEM following the death of an 18-year-old black resident who was shot by a white police officer. Ferguson’s City Board and its Court system have been criticized for targeting the black community. Similar questions have been raised against Police Departments across the nation, including NYPD, where civil rights issues have dogged the NYPD for years, including the controversial Stop n’ Frisk program, and police brutality allegations following the death of Eric Garner in a chokehold by a NYPD officer.

It turns out that in Ferguson, the city’s second largest source of revenue comes from the deluge of parking tickets given out every year. Over $2.3 million dollars are generated from the outstanding parking tickets. When residents cannot pay the fines they find themselves buried under tacked on late fees and the target of a possible arrest a warrant. Ferguson has stated that they will take a look at their practices and reform them, but the citizens of Ferguson state that they have not gone far enough. According to the New York Times, originally twenty (20) percent of the city’s income comes from the parking tickets, late fees and administration fees. The city stated that they will cap that amount to fifteen (15) percent of the of the city’s total income. The City Counsel also stated that it would dispense with the twenty-five (25) dollar administration fee and the “failure to appear fee”.

Overwhelmingly, the police departments were made up of a majority of white officers and some lacked black and Asian officers entirely. Discussions have made it a point to ask why there is such a discrepancy of the white to any other race ratio in exceedingly diverse neighborhoods.

Some cities have proposed affirmative action to try and help diversify their police departments. The theory is that a more diverse police force would gain the trust of the citizens that they serve. Interestingly, though, the demographic of the NYPD is exceedingly diverse; a 2010 review of the department stated 53% of the officers that patrol the streets of NYC were black. However, NYPD faces the same issues and complaints as the rest of the nation regarding false arrest, police brutality and racial profiling.

If you feel that you have been a victim of police brutality or false arrest by NYPD please get in touch with the attorneys at PetersonDelleCave LLP.