Further Delays in Eric Garner’s Investigation: Accountability of NYPD Officers Could Change with the Increased Use of Cell Phone Cameras 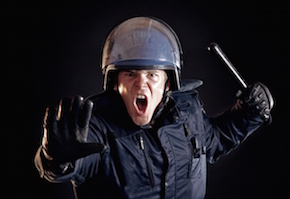 In 2014, Eric Garner was killed by a police officer who placed him in an illegal chokehold. After a Grand Jury decided that the offending police officer, Daniel Pantaleo, should not be indicted, the United States Department of Justice decided to carry out an independent investigation into his death. However, as reported by the New York Times, this investigation has been riddled with delays. Two years have passed since this tragic incident and Garner’s wife, family, and friends have not received answers surrounding his death. Two years have passed, and still no one is being held accountable.

Many attribute the lack of trust between the NYPD and minority communities to this lack of accountability for police misconduct. However, with the development of modern technology, it has been possible for individuals and witnesses involved in an an incident with NYPD to capture the events through their cell phones. In addition to Eric Garner’s case, the recent tragic fatal shootings of Austin Sterling and Philandro Castille demonstrate how video footage of police encounters can provide the public with an instantaneous account of events.

This transparency provided by technology is one way to address the lack of trust and cooperation between minority communities and the NYPD. The NYPD has been reluctant to allow their encounters to be filmed, however.

The New York Daily News reported that Ramsay Orta, who filmed Eric Garner’s death, has been the victim of retaliation from the NYPD. NYPD officers arrested him just days after the incident for alleged possession of drugs and his lawyer reported to the Daily News that “the police have gone out of their way to follow and arrest him every chance that they get.” If NYPD officers retaliate against those that film police misconduct with their cell phones, it could create a chilling effect on the use of cell phones by the public.

An individual from Queens, Mr. Ruban An, has made claims that NYPD officers deliberately obstructed his view when trying to film an encounter with the police. The Legal Aid Society has brought a lawsuit against the NYPD with regards to this. They claim that the NYPD have a practice of obstructing civilian attempts to film encounters with the officers and that this constitutes a violation of their First Amendment rights.

If the Legal Aid Society succeeds in this case, it would enshrine civilians’ right to film encounters with the police. This could work towards a culture of transparency in NYPD and could ensure accountability for police misconduct, something which has been long awaited and yet to be seen in the case of Eric Garner.

If you have been the victim or excessive force, i.e. beaten up by the cops, or a false arrest by NYPD, you should contact the attorneys at PetersonDelleCave LLP for a free consultation.