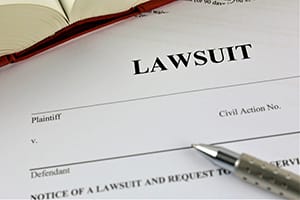 Dozens of lawsuits have been filed against New York City correctional officers for carrying out improper and abusive searches, reported the New York Times in April. Among these plaintiffs is Jeanette Reynoso, who was forced to submit to an invasive cavity search when attempting to visit her husband held at the George Motchan Detention Centre, one of the 10 separate jails on the sprawling Rikers Island complex. Ms. Reynoso, quoted in The Times, has described how she was asked to sign a form consenting to a ‘pat-frisk’ before being commanded to strip naked and searched in an abusive manner.

Ms. Reynoso is just one of the women to have filed claims arising from improper searches, most of which took place at jails on the Rikers Island facility. Another plaintiff, Ms. Blackwood, has described how she was told by a correctional officer that “once you cross that bridge on to my island and sign these papers, you’re subjected to anything we want to do.” Strip searches are permitted with the consent of the visitor in question, but cavity searches are strictly prohibited. Other plaintiffs have described how their consent was elicited through threats of punishment, and that they were unaware that cavity searches were in fact illegal.

Former chief of New York city’s correctional department and now professor of criminal justice at John Jay College, Martin Horn, said that “there’s no reason for it, there is no justification for a cavity search, period. I can’t be any more emphatic than that.” In 2017, 18 percent of the 245 complaints lodged against the corrections department were for inappropriate searches and sexual misconduct. The Bronx district attorney and the New York City Department of Investigations have both undertaken inquiries into the practice of improper searches at Rikers Island in the last 2 years but no correctional officers were ever held criminally accountable.

Elias Husamudeen, president of the Correction Officers’ Benevolent Association, strongly refutes the allegations made in the lawsuits and says that he has seen no evidence of unlawful searches. “People are coming in with weapons in their vaginas, up their anus and in baby bottles. I’ve had to arrest a grandma who didn’t know she was being used to bring drugs to jail. This is the reality of jail,” said Mr. Husamudeen. The imperative for stringent searches, though, is not clear. Statistics cited by the New York Times indicate that of the 247, 340 searches carried out in the city’s 14 jails, only 305 people were charged with smuggling in contraband; this is fewer than 0.1 percent of visitors. Family visits can therefore, with little apparent justification, become intimidating and traumatising ordeals.

Rikers Island has become notorious in recent years for an atmosphere of corruption, violence and poor conditions, leading many city policymakers to call for permanent closure of the facility. These calls garnered significant public support after the suicide of Kalief Browder in 2015, a teenager who was held at the facility for 3 years on a robbery charge, a significant portion of which was spent in solitary confinement, but never convicted. Some commentators, such as Queens Democrat councilman Rory Lancman, suggest that many of the inmates on Rikers are “black or brown men caught in the broad sweep of the criminal justice system. “Queens Assistant District Attorney James Quinn, however, refutes this, saying “they [Rikers inmates] are the worst of the worst and it just drives me crazy that that argument is not being addressed or brought up by anybody.”

Mayor de Blasio announced in February that a deal had been reached with New York City Council to move 5,000 of the current 9,000 inmates to smaller jails across the city. However, the push towards closure have stalled and the district attorney’s in each of the five boroughs remain split on whether full closure of the complex is a workable solution.

If you, or someone you know, has been the victim of violence or an abusive and improper search at Rikers by a New York City Department of Corrections Officer, please contact attorneys at PetersonDelleCave LLP.