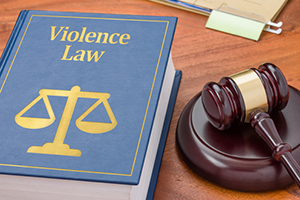 Recently a Queens jury convicted NYPD detective, Kevin Desormeau, for perjury and related charges after making false statements about a man dealing drugs. NYPD Detective Desormeau created a story about witnessing a man dealing drugs on a street corner, but security cameras showed that the man was playing pool inside a nearby restaurant at the time. Both the NYPD detective and his partner, Detective Sasha Neve, are facing charges related to false statements in a separate Manhattan case as well. This raises questions about the frequency of false statements from NYPD police officers and comes in light of another reversed conviction of a man, found guilty in 1997 of killing a 4-year-old girl, after an eyewitness recanted his statements; this conviction is linked to the cases of disgraced NYPD detective, Louis Scarcella.

New York Police Department lawyers have also been under fire for a pattern of delays in a police misconduct case filed in Federal Court in Brooklyn. After nearly two years of discovery and multiple orders by the Court directing the NYPD to reveal information, NYPD’s lawyers just revealed that there had been three investigations into the plaintiff’s claims and injuries that the plaintiff’s lawyer was never informed of. Judge Pollak stated that New York City’s lawyers deliberately failed to comply with clear orders especially after discovering the arresting officer was not questioned about the plaintiff’s injuries until two years into the case. The Judge recommended sanctions against New York City’s lawyers.

If you or anyone you know have been the victim of lying by NYPD cops and wish to sue NYPD, please get in touch with the attorneys at PetersonDelleCave LLP.