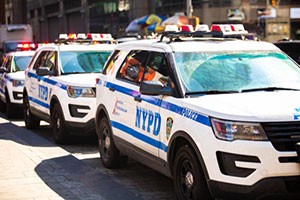 Due to countless communication breakdowns over “$1.00 bail”, compounded by the “Blue Wall of Silence” which protects the identity of offending officers, New York City lawmakers are implementing legislation to try to ensure impartiality within the criminal justice system.

Per the New York Law Journal, the New York City Council passed a law that mandates the New York City Department of Corrections to inform jailed defendants and their attorneys that they have been detained only because they have not paid their $1.00 bail. This law was created after Governor Andrew Cuomo’s agreement to a state budget that provides a way to eradicate cash bail for “most” criminal charges. In support of the new legislation, Council Member Rory Lancman recalled hearing “horror stories” of people who were obligated to stay on Riker’s Island because they were unaware of a $1 bail. Figures from NYC DOC show that between August 2018 and December 2018, 149 people were held on $1.00 bail. The purpose of the $1.00 bail was to ensure an individual receives credit for time they have served in a city jail. Nonetheless, because of the miscommunication between incarcerated individuals and their attorneys many defendants have experienced prolonged, unnecessary and expensive incarceration.

In addition, New York City Council criticized the release process of defendants who paid the bail, explaining that the procedure is often delayed for hours. Elena Weissman, director at The Bronx Freedom Fund, described the $1.00 bail as an “unconscionable” protocol which emphasizes the “absurdity of the larger cash bail system.” The new legislation is geared towards substantially enhancing communication, while diminishing the injustices of pre-trial detention.

Further, NYC lawmakers are endorsing reforms that would reveal the “personnel records of officers” to the public, affording more liability over offending members of law enforcement. The New York City Police Benevolent Association disputes the prospective bills, citing that the data may be interpreted “out of context” and could encourage persecution of law enforcement personnel. Bronx State Sen. Jamaal Bailey, a Democrat who sponsors legislation to repeal Section 50-a which permits law enforcement to suppress personnel records, has insinuated progression of the new legislation in the “coming weeks.”

State Sen. Brad Hoylman sponsored a bill that would “require the state to collect and publicly report the total number of arrests and tickets for violations and misdemeanors, as well as the demographics of those individuals.” Hoylman indicated that New York cannot be considered liberal if it sustains a criminal justice system that disparately impacts minority and LGBTQ communities. The bill, Police STAT Act, would highlight prejudiced practices against marginalized groups and promote culpability of the law enforcement personnel involved. NYC PBA President Patrick Lynch has outwardly expressed his opposition to the bills, citing that repealing Section 50-a may put officers at risk of unwarranted “threats” and “smear” the officers’ reputations in litigation proceedings. O’Donnell, a continual supporter of the legislation to repeal Section 50-a, stated that because NYPD officers are government employees, society should have the right to learn about their career background and grievances.

If you or someone you know has been the victim of police brutality or misconduct, please contact the attorneys at PetersonDelleCave LLP for a free consultation: 212-240-9075