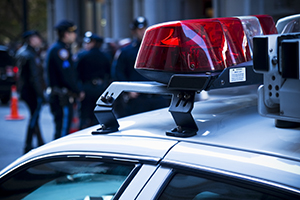 A New York state judge has issued a temporary order preventing the NYPD from releasing officer’s body-cam footage to the public, as reported by the New York Times. Previously, the Patrolmen’s Benevolent Association - the largest police union in the city - had lost a lawsuit which sought to have body-cam footage classified as confidential personnel records. As discussed in a previous article on this site, Section 50-a of New York’s Civil Rights Law states that personnel records cannot be disclosed without either a court order or the explicit consent of the officer concerned. However, Justice Roslyn H. Richter’s recent order, while not addressing the merits of the case, ensures that bodycam footage will remain confidential until the State Supreme Court hears the police union’s appeal from their original action.

Under current NYPD policy, some body-cam footage is released on a case-by-case basis, as has been done in several recent instances where police officers have deployed deadly force in the city. However, critics on both sides of the transparency debate observe that this happens at the discretion of the commissioner and argue that decisions to disclose are politically motivated rather than based on an objective policy. Patrick J. Lynch, president of the Patrolmen’s Benevolent Association, says that these disclosures are illegal and put police officers at risk. Mr. Lynch, quoted in the New York Times, said “each time the NYPD illegally and arbitrarily releases body-worn camera (BWC) footage, they are harming police officer’s safety, the public’s right to privacy and the interests of justice in ways that cannot be undone.” Contrary to the court ruling in the union’s original action, Mr. Lynch believes body-cam footage is undoubtedly a personnel record which should remain confidential: “the Legislature enacted laws limiting public disclosure of police officer’s records to guard against exactly this scenario.”

Notwithstanding these criticisms from the police-lobby, there has been a recent push from top-brass officials to have all NYPD patrol officers equipped with body-cams by the end of 2018. Commissioner James P. O’Neill and Mayor Bill de Blasio have both gone on record expressing their belief that body-cams would go a long way to ensuring transparency and improving public trust in the force. However, this function is obviously undermined if the footage gathered is subsequently classified as a confidential. Nick Paolucci, a spokesman for the Law Department, has echoed the views of transparency advocates by pointing out that the success of body-cams depends substantially on how much footage the public gets to see. Mr. Paolucci noted the City’s disappointment with Justice Richter’s ruling, saying “the whole idea behind the BWC program is to ensure transparency and accountability for the public . . . we believe BWC footage is a factual record of an incident, not a personnel record.”

If you feel that you have been beaten up, falsely arrested, or a victim of brutality at the hands of a New York City or New York State correction officer or prison-guard, please get in touch with the attorneys at PetersonDelleCave LLP. Call 2122409075.