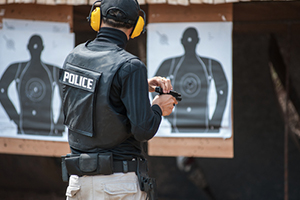 In efforts to improve training for New York City Police Officers, NYPD has announced it will modernize a training facility that “is an extremely out-of-date dilapidated facility” where “nothing has been been done for 40 or 50 years”, said Vincent Grippo, a Deputy Commissioner from the NYPD Budget Office. As reported in the NY Law Journal and NY Times, the training facility located at Rodman’s Neck peninsula in the Bronx is set to receive a $275 Million overhaul. The improved facility will test new officers in multiple situations in order to have them better prepared for critical situations. This development comes at a time when allegations of excessive force and false arrest, particularly against minorities, by Police Officers have become an increasingly hot political topic in the national press.

Along with training facility improvements, the NYPD also announced a move towards NYPD officers wearing body cameras. The NYPD stated that it is committed to outfitting officers with body cameras, but is still is the process of creating rules to manage the use of the cameras. It is hoped that body cameras will be used as a tool to increase police accountability by providing footage of violent encounters and police shootings, but so far the NYPD has proved to be slow in adopting their use, citing the need to protect personal privacy. The NYPD has drafted a 10-page policy concerning which events require the use of body cameras and those circumstances where police are forbidden to use the cameras. However, the drafted policy states that it can not include answers to every situation, which means police are left to rely on their training and discretion.

If you have been the victim of a false arrest or excessive force – where you have been unjustifiably beaten up by NYPD officers – contact the office at PetersonDelleCave LLP at 212 240 9075.