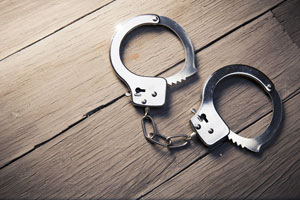 The City is still in shock after Eric Garner, a resident of Staten Island, died from a chokehold after a shocking confrontation with NYPD Officers outside a beauty salon on Bay Street in Staten Island. In a city where the authorities are increasingly focused on stamping out petty offenses as a way of heading off larger ones (NYPD’s “Broken Window” policy), NYPD Officers had tangled with Mr. Garner time and time again, arresting him for selling untaxed cigarettes at a price far below what local deli owners could offer.

The incident has caused sharp tension between the two pillars of Mayor Bill de Blasio’s law enforcement agenda: mending frayed relations between the police and people in black and Latino neighborhoods, while holding down serious crime by assiduously attacking minor offenses. NYPD Commissioner, William J. Bratton, has suggested that the Officers’ actions appeared questionable, but has defended the Police Department’s strategies as he grapples with the fallout. He has navigated between describing the death as a “tragedy for all involved” and defending, in general terms, the use of force to subdue suspects who resist arrest on minor charges. The NYPD Commissioner stated to the press, “I do not expect my officers to walk away from that type of situation,” as he noted that the local precinct had received numerous complaints about untaxed cigarettes, however supporters of this view also pointed out that Mr. Garner did not cause trouble and was not in any way a violent man.

The NYPD officers who were physically involved in causing the death of Mr. Garner have been disciplined. NYPD Officer Daniel Pantaleo, who appeared to place Mr. Garner in a chokehold while trying to put him under arrest, has been ordered to turn in his badge and gun, while another NYPD Officer, Justin Damico, who first approached Mr. Garner, was reassigned to desk duty. The roles of other officers who were present at the time are under review by the Police Department’s Internal Affairs Bureau as investigators await the results of an autopsy.

Critics of the department have described Mr. Garner’s death as among the most egregious results of the “Broken Windows” approach to crime that targets low-level offences in largely minority neighborhood. But officials have been quick to respond to Mr. Garner’s death as an isolated incident. “This is one particular interaction between two people,” said Stephen Davis, the chief spokesman for NYPD. “You can’t judge the whole program on that”. Critics of the NYPD have called it another example of police brutality by NYPD.

If you feel that you have been the victim of a false arrest or police brutality by NYPD, please get in touch with the attorneys at PetersonDelleCave LLP.