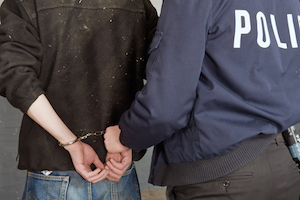 A number of lawsuits concerning the NYPD’s alleged use of ‘arrest-quotas’ have been drawing heightened media attention of late. The existence of an arrest-quota policy, which is illegal under New York state law, has been repeatedly denied by the NYPD, but a Federal Appeals Court has reinstated a lawsuit filed by a police officer, who claims he was fired for speaking out against the arrest-quota policy.

An article in the NY Daily News alleged that a Staten Island NYPD stationhouse had a “quota board” on display, which showed points awarded to police officers for each arrest made. If officers did not achieve the required number of arrests, they started the next month with a deficit, and could potentially be removed from the unit.

The NYPD continues to deny that such arrest-quota policies exist, however nearly a dozen police officers have filed lawsuits against the NYPD claiming that they were disciplined for refusing to abide by the arrest-quota policy. One such lawsuit was filed by Police Officer Craig Matthews, who claimed he was unfairly disciplined for speaking out against the policy. The case was initially dismissed by a Southern District Judge, but has been reinstated by a Federal Appeals Court.

Another high profile class-action case alleges that police officers issued 850,000 fraudulent summonses to meet a quota policy. In addition, the lawsuit alleges that the NYPD deliberately destroyed evidence that revealed the existence of the arrest-quota policy. The allegations concern text-messages send by high-ranking NYPD officers, one of which admonishes an officer for failure to meet quotas for seat-belt summons, while another text-message denies an officer time-off for failing to meet quotas for traffic summonses. These text messages have subsequently been deleted.

These allegations of an illegal arrest-quota policy raise questions as to how many potential false arrests have been made merely to meet arrest-quotas. However, perhaps more concerning is the allegation that the NYPD tried to cover up the quotas by destroying evidence.