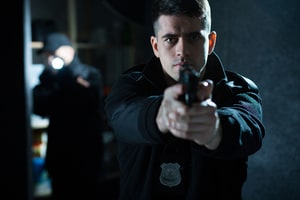 A mentally ill man brandishing a silver pipe was shot dead by police in Brooklyn this April. Saheed Vassell was known locally as a troubled but harmless man who could often be seen doing chores in local stores or begging for change outside the nearest subway station. However, late in the afternoon on April 4, 2018, police received several 911 calls describing an agitated man bothering passers-by and brandishing what could have been a gun. There is disagreement between law enforcement and some witnesses as to exactly how the incident unfolded after NYPD officers arrived on the scene. NYPD claims Mr. Vassell adopted a two-footed shooting stance holding the pipe as if it were a pistol and was instructed to "drop it" several times; some witnesses, on the other hand, say there was no such warning. In any case, four officers fired a total of 10 shots at Mr. Vassell, who was pronounced dead at Kings Country Medical Center shortly after the incident.

Mr. Vassell's tragic death is just one of a number of recent incidents concerning excessive use of force that once again highlight questionable law enforcement tactics and the pernicious influence of race on American policing. In the first instance, at the local level, the incident illustrates a deep flaw in Mayor Bill de Blasio's recent neighbourhood policing initiative, which aimed to prevent excessive use of force by encouraging police officers to get to know local residents. While embedding law enforcement in local communities is a laudable aim, these community officers are often not those called to respond to active emergencies. In the case of Mr. Vassell, anti-crime officers with little or no local knowledge were called to the scene and forced to make a split-second decision. One local resident interviewed by the New York Times described Mr. Vassell as "harmless . . . a very willing guy, a very nice guy, a good guy" and that "every cop in this neighbourhood knows him".

More broadly, though, Mr. Vassell's death at the hands of NYPD officers highlights national trends. In May of this year a black professional basketball player was wrestled to the ground and repeatedly tasered after parking in a handicapped parking zone. Sterling Brown, 23, of the NBA team the Milwaukee Bucks played in a game against the Brooklyn Nets the day after the incident with visible bruising and cuts to the face. Chief of Milwaukee police Alfonso Morales publicly apologised and said that "members acted inappropriately and were recently disciplined", while President of the Milwaukee Branch of the NAACP, Fred Royal, said that "for a person to go and have to be physically accosted for a parking citation speaks volumes". Mr. Sterling said that he hoped the publicity generated by his experience could help avoid similar incidents in the future, and that "situations like mine and worse happen every day in the black community".

In addition, the New York Times reported in March that two Louisiana police officers will not be prosecuted for the fatal shooting of a black man outside a supermarket. Allon Sterling, 37, was killed on July 5, 2016, by Officer Blane Salamoni in an incident that was caught on cell phone footage widely circulated and viewed online. The video shows Mr. Sterling pinned to the ground at gunpoint by two officers before one shouts "gun, gun, he has a gun" and several shots are fired at point-blank range. The lawyer for Officer Salamoni said that his client "did exactly what he was trained to do", pointing out that Mr. Sterling was indeed armed and that independent use of force experts had deemed his client's actions justified in the circumstances. Other commentators, however, suggest that the incident highlights the impunity of police officers to criminal sanction after using fatal force. David Harris of the University of Pittsburgh School of Law has said that even in cases where there is clear video footage showing excessive use of force, jurors are often reluctant to find against the police: "the question is whether the force was excessive, and that brings in lots of other questions, like what were they fearing, what were they seeing, what did they know that we don't know. And the Supreme Court has been very protective of the law enforcement position vis-à-vis the law".

If you feel that you have been beaten up, falsely arrested, or a victim of brutality at the hands of NYPD or a New York State correction officer or prison-guard, please get in touch with the attorneys at PetersonDelleCave LLP. Call 2122409075.