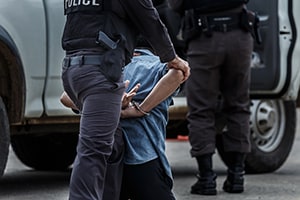 In October 2014, mini-market cashier Hector Cordero, 59, was arrested in Bushwick, Brooklyn, on suspicion of selling crack cocaine. While NYPD narcotics officers claimed to have witnessed a hand-to-hand deal, Mr. Cordero strenuously denied the accusations and no drugs were ever found, eventually resulting in all charges being dropped 5 months later. Nevertheless, the NYPD officers involved collectively filed for 22 hours of overtime that day worth approximately $1,400 - mostly for completing the paperwork produced by Mr. Cordero’s arrest. In February of this year, Mr. Cordero brought a civil rights action against the four NYPD officers involved, alleging that they concocted the basis for his arrest in order to extract these lucrative over time hours.

Mr Cordero’s claim for malicious prosecution ultimately failed to convince jurors of the Federal District Court in Brooklyn and thereby foreclosed the possibility of a second trial that would have likely resulted in public disclosure of sealed NYPD records on overtime abuse. Gabriel Harvis, Mr. Cordero’s lawyer, said at the time that a second trial would have been “a rare opportunity for a Federal District Court to review controversial citywide practices of the NYPD”, and could have been perhaps the most significant constitutional challenge since the landmark 2013 case against stop-and-frisk.

However, despite its ultimate failure, Mr. Cordero’s action once again revived longstanding allegations of habitual abuse of overtime by NYPD officers. The 1994 report of the Mollen Commission on police corruption that coined the term “collars for dollars” described in detail the various methods by which officers exploited overtime schemes. In one ploy, officers would seek to inflate the number of people involved in an arrest in order maximise the number of officers eligible to claim overtime. These ‘extra’ officers would typically claim to have been involved in cases in marginal roles, such as ‘discovering’ evidence or as witnesses to the arrest. Consequently, these officers would need to complete the attendant paperwork or testify in court, thereby collecting overtime hours.

Another scheme known as “trading collars” involved arrests being ‘given’ to the officer who stood to gain the most overtime. Felony charges are generally presented to a grand jury five days after the arrest; if the arresting officer was already timetabled to work on that day then he or she would direct the arrest to a colleague who was not, even if that involved the second officer testifying about events that they had not been involved in.

The spectre of financially motivated arrests also arose in the January trial of a Queens detective convicted of perjury. Kevin Desormeau arrested a man on drug charges after falsely testifying that he had personally witnessed the arrestee selling drugs. During the course of the trial prosecutors observed that Desormeau had claimed four hours and 24 minutes of overtime resulting from the arrest. As Professor Harry Levine of Queens College, an academic who has written extensively on policing and drug policy, has said “the pattern of making arrests to get overtime pay is historic and longstanding.”

If you feel that you have been beaten up, falsely arrested, or a victim of brutality at the hands of NYPD or a New York State correction officer or prison-guard, please get in touch with the attorneys at PetersonDelleCave LLP. Call 2122409075. Contact us