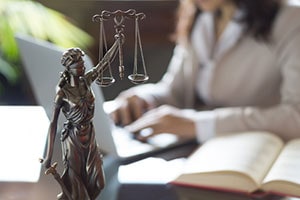 Four of New York City’s five boroughs have recently introduced new policies whereby low-level non-violent offenses, such as jumping the subway turnstile, will no longer be prosecuted in criminal court, but will result in the issue of a civil summons. New York City courts have thrown out over 640,000 tickets for these low-level offenses, many of which came about as a result of false arrests by the NYPD. The aim of this new NYPD initiative is to allow District Attorney offices to focus on more serious crimes, as well as strengthening the NYPD – community relationship. People who are given these citations will not have to attend criminal court and have easier access to early invention programs.

Meanwhile, for those smaller offences that are prosecuted in criminal court, some cases are being prosecuted by NYPD attorneys, rather than attorneys from the District Attorney’s Office. This is controversial as it blurs the line between the investigator and the prosecutor and is particularly concerning given the number of cases that involve police misconduct at the investigatory level. One such case is that of Arminta Jeffryes, who was arrested while protesting police brutality at a 2016 Black Lives Matter protest. In an attempt to prevent the defendant from bringing a civil rights lawsuit against the NYPD for false arrest, the NYPD lawyer only agreed to dismiss Ms. Jeffryes case under the condition that she admit her arrest was legitimate, which she has disputed. Ms. Jeffryes is now pursuing a lawsuit to prohibit NYPD attorneys from acting as prosecutors in such cases.

If you or anyone you know has been the victim of false arrest and/or malicious prosecution by NYPD, please get in touch with the attorneys at PetersonDelleCave LLP. 212-240-9075.