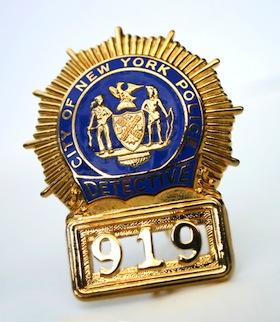 The New York Police Department recently learned a big lesson regarding social media and the type of unwanted negative attention it can bring. In an attempt to connect with the community, the NYPD asked that people use the hashtag #myNYPD and post photos of the NYPD with people in the community.

Seemingly unaware of the negative perception that many New Yorkers have of the NYPD, the twitter community used this opportunity to flood the social media outlet with unfavorable pictures of the NYPD arresting, detaining, and questioning people in seemingly hostile and aggressive ways. Soon after, hashtag #myNYPD, accompanied with these unfavorable pictures, was trending for the twitter world to take notice.

“NYPD crushing a man's neck for waving an American flag in a "non-flag waving area," was tweeted by @AWomansStrength, while posting a picture of a an officer using his knee to pin down an individual while he is being cuffed.

Another tweet by @CassandraRules, reads “Video shows #myNYPD officer punching injured man in the face after a car accident.”

Though the accuracy of facts surrounding these tweets could be brought into question, the message is clear: many New Yorkers have had negative experiences with the NYPD and believe that they have been the victim of false arrests, unfair ‘stop and frisks’, and police brutality involving excessive force.

If you feel you have been the subject of an unlawful arrest, excessive force or police brutality, you should contact PetersonDelleCave at (212) 240-9075.