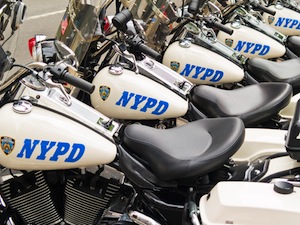 After 11 years of litigation, the Central Park Five case has finally reached a settlement in which the city will reportedly pay $40 million to five men who all served time for a crime they did not commit. In 1989, five teenagers were falsely convicted and imprisoned for the rape and beating of a Central Park jogger; however, in January of 2002, another man confessed to committing the crime.

Despite inconsistent statements from the five teenagers during the police investigation, the District Attorney was able to obtain convictions that placed all five teens at the scene of the crime. Upon vacation of their convictions, the five sued the city for malicious prosecution.

In order to sue the city for malicious prosecution, one must have: (1) a criminal case initiated against you, (2) the criminal case is terminated in your favor, and (3) an absence of probable cause for the criminal charge that was filed against you. In this case, the five men argued that the police officers lacked probable cause in that their inconsistent statements would not lead a reasonably intelligent and prudent person to believe that they committed the crime.

Consequently, the settlement between the city and five men reflects that the police officers likely lacked probable cause and were likely motivated by the race of the five men to use improper methods to illicit testimony from them during the investigation.

Andrew Celli, an attorney who represented filmmakers of a movie that supported the rights of the Central Park Five, remarks that “[a] settlement this large, this dynamic, will have an impact. It will cause police and prosecutors to think a bit more carefully about the ramifications of [the way they conduct] a particular investigation.” See Mark Hamblett. New York Law Journal. 23 June 2014.

The Central Park Five case represents a significant victory for civil rights and parallels that of litigation over police stop-and-frisk policies that were found to have violated the U.S. Constitution rights of young black and Hispanic men who were disproportionately stopped and searched. Similarly, the Central Park Five settlement sends a strong message to law enforcement individuals that arrests and convictions based upon one’s race will not be tolerated and will be closely monitored.

If you feel you have been the subject of an unlawful arrest or malicious prosecution, you should contact PetersonDelleCave at (212) 240-9075.