O'Neil Out, Shea In as NYPD Police Commissioner 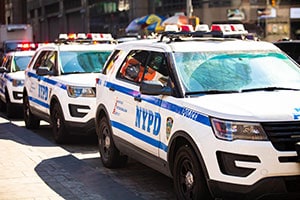 James P. O’Neill stepped down from his duties as Police Commissioner of New York City on November 4, 2019. Over the course of O’Neill’s tenure as Police Commissioner, he has received accolades for the reduction of crime rates as well as criticism for failure to implement vital communal-policing measures. Although O’Neill’s executory strategy has resulted in the lowest murder frequencies since the 1950s, he has faced backlash from minority leaders for the disciplinary delays of police officers who were accused of misconduct. However, a notable moment in his career came with his termination of Officer Daniel Pantaleo, who had placed Eric Garner in an illegal chokehold five years prior. Although O’Neill received acclaim from Garner’s supporters with the dismissal of Officer Pantaleo, critics say that he lost the trust of police officers. Notably, arrest rates decreased in the weeks following the termination.

Nonetheless, Mayor de Blasio commended O’Neill for re-cultivating relationships between police officers and community members, which have been strained in previous years. His reformation efforts included the supervision of the biggest body-camera program in the world, issuance of an apology to the LGBTQ community for the NYPD’s management of the 1969 Stonewall uprising, recruitment of “outside help” to address racial disparities in policing, solicitation of public feedback to help mold body-camera guidelines, and meeting with advocates of rape victims. Even with mixed reviews from officials, lawyers, and activists, critics have “appreciated his overtures” with regard to the strengthening of communal ties through the neighborhood policing program and modification of present policies to reduce serious crime.

Dermont F. Shea, the chief of detectives, will replace O’Neill as Police Commissioner on December 1, 2019. Mayor de Blasio stated, “Dermot is one of the best prepared incoming police commissioners this city has ever seen…Dermot brings a wealth of leadership experience, and he knows what policing needs to be in 21st century.” Nonetheless, Shea’s appointment received backlash from NYPD critics who are seeking to end mass incarceration. Shea’s criticism stems from his expansion of the detective bureau’s gang database, which inappropriately stereotypes minority teenagers as gang members, and his lack of attention to understaffing in the Special Victims Division in his current role as chief of detectives.

The New York Times pointed out that Mayor de Blasio circumvented appointing First Deputy Commissioner Benjamin Tucker, to the role of Police Commissioner. In 2016, Tucker, who is also the second-highest-ranking official in the NYPD, was overlooked for this position once before. Although Mayor de Blasio has indicated his commitment to racial diversification of the city’s leadership and improvement of community-police interactions in minority neighborhoods, he has continuously elected “old guard” leaders for the NYPD. Mayor de Blasio’s selection of Dermont Shea as Police Commissioner was the “third time that he reached past high-ranking candidates of color for a white official.” In Mayor de Blasio’s defense, William Bratton, former commissioner, stated, “If he put a Black candidate, the Latinos would not have been happy…no matter what you do, there will be criticism.”

If you have been the victim of an unlawful search, false arrest, or police brutality, then you should contact the attorneys at PetersonDelleCave LLP.