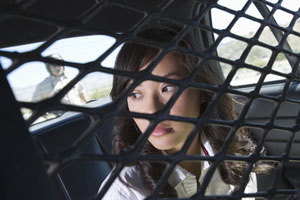 A recent study conducted by the Vera Institute of Justice finds that race is a significant factor at nearly every stage in criminal prosecutions in Manhattan. It looked at some keys factors in criminal cases where prosecutors have significant discretion. For example, research found that Black and Hispanic defendants are more likely to be held in jail before trial and prosecutors are more likely to offer plea bargains that involve non-jail time to Blacks and Hispanics in comparison with Asians and whites.

The study came as a response to the Manhattan District Attorney’s promise to determine whether race played a part in the decisions of prosecutors. The New York County’s DA office went as far as giving the institute unfettered access to information to carry out the research.

Concern has been expressed about the continued racial disparities. Seymour W. James Jr., attorney-in-chief of the Legal Aid Society said prosecutors should receive extensive training on how to counteract their own unconscious prejudices, as reported in the NY Times. On the other hand, Khalil Gibran Muhammad, a historian and director of the Schomburg Center for Research in Black Culture said that the racial disparities stemmed not from the prosecutors, but from police decisions, revealing that the root of the problem lies with the actions of the police towards race in the US.

Nicholas Turner, President of the Vera Institute, implied that researchers could not determine what caused the unequal treatment; “it could be implicit bias, it could also be race-neutral policies that end up having particular disparate effects.”

If you believe you have been the victim of a false arrest or police brutality by NYPD on account of your race, you should contact the civil rights attorneys at PetersonDelleCave LLP.