The Call to Close Rikers Island 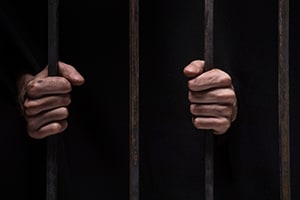 An independent commission has recommended closing down the troubled jail complex on Rikers Island as part of a wider effort to make meaningful reform to criminal justice in the New York City. Various reports and investigations, most notably by the US Attorney for the Southern District of New York, exposed a widespread culture of corruption and brutality by correction officers against inmates on Rikers Island. Countless stories have featured in the media concerning inmates (many of whom had not been convicted of any crime but were merely awaiting trial) suffering horrific abuse at the hands of the correction officers, who then attempted to cover up their misconduct.

As a result, the commission has proposed to shut down Rikers Island Jail and establish local jail facilities in each of the boroughs. Mayor Bill de Blasio has supported the proposal and has suggested that Rikers could be completely closed in the next 10 years.

In addition to closing Rikers, the commission also suggested several reforms to the criminal justice system, including bail reform, alternatives to incarceration, and expedited handling of cases. These reforms are designed to tackle the extraordinary level of mass incarceration that exists in New York City, as well as creating safer, more up - to - date jails, while also saving the City money and offering better conditions for correction officers. The proposed closure of Rikers Island and accompanying reforms will hopefully provide an end to brutality and violence against inmates at the hands of correction officers.

If you, or a family member, have been the victim of brutality at the hands of a correction officer, call the attorneys at PetersonDelleCave LLP for a free consultation.