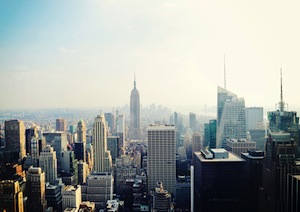 The New York Times has recently criticized the use of discretion by the New York Police Department in the use of deadly force. This has come about after a recent incident, which occurred in Times Square on 42nd Street and 8th Avenue at about 9.30pm on Saturday the 28th of September. The police had arrived to a crowd of people who had been observing the actions of 35-year-old Glen Broadnax as he stood in the middle of the street obstructing on coming traffic. The Times assert that at a news conference at Bellevue it was said that ‘it appeared that he wanted to be struck by cars,’ however was unsuccessful. Mr. Broadnax, when questioned about his actions, stated that he ‘had a mission to kill myself’. After failed attempts by the Police Officers to get Mr. Broadnax off the road, he reached into his pockets and withdrew his hand as if he was about to fire a gun at the Police Officers. The Police Officers reacted by opening fire on the suspect and total of three bullets were discharged, all of which missed Mr. Broadnax however had hit two women near by. Sahar Khloshakhlagh, 37, was shot on the buttock and Theodora Ray, 54, was shot in the leg. After attempting to bolt, Mr. Broadnax was finally wrestled to the floor down by surrounding Police Officers.

There was much stipulation over whether or not Mr. Broadnax had been armed or not however it was very clear soon after the shootings, that the suspect was unarmed. The New York Times state that Mr. Raymond Kelly, Police Commissioner, ‘refused to say if the shooting appeared justified, saying that the circumstances were being investigated.’ NYPD guidelines assert that an officer may not fire his or her weapon unless they believe they or members of the public are at an imminent risk of death or serious injury, or if doing so will “unnecessarily endanger innocent persons”. Nevertheless the court and the NYPD commonly give officers a large amount of leeway when deciding when to use their weapons. The guideline asserts that it allows Police Officers to make a ‘Judgment Call’ as to when and under what circumstances it is necessary to use their firearms. A similar incident occurred about a year ago where Police Officers discharged their firearms on an armed murder suspect. In the process of doing so they hit 9 passers-by. In this case the shots were deemed as justified. The New York Times noted a statement made by John C. Crerar, a retired deputy inspector who was the commander of the Police Department’s fired-arms training, he said “Just because you’re in Times Square doesn’t mean you can’t use deadly physical force if you believe that its necessary… But you have to believe that it is really necessary”.

The New York Times emphasized the public frustration toward the incident claiming that ‘anger at the police appeared to ripple quickly through the crowd’. The next day, images of the wounded woman and videos of the incident had circulated the Internet, which subsequently left commentators declaring that the police had been ‘reckless and sloppy’. Kerry-Ann Nesbeth, a passer-by, said she was left confused, as she couldn’t understand why they were shooting at an unarmed man. Additionally, in a YouTube posted to the Internet, you can hear another witness to the incident saying ‘Don’t shoot him no more’. The two officers involved in the shooting have been placed on administrative duty until a full investigation has been made into the incident. In spite of what has been demonstrated by the incident of last Saturday, Times reporters M. Schwirtz and J. Goodman assert that police shootings ‘although intensely scrutinized… are relatively rare’, and that Saturdays shooting was the first time in 2013 that a bystander had been wounded. In 2012 there were 13 wounded, 9 of which were involved in the shooting near the Empire State Building.

If you have been involved in an incident similar to the cases previously discussed and you want to sue the cops, please contact us for a free consultation.