The brutality of assaults on inmates by NYC Corrections Officers in Rikers prison has been widely reported over the past couple of months, including the NY Times, as the New York City Department of Investigation has vowed to address the problem in one of the country’s largest prisons. 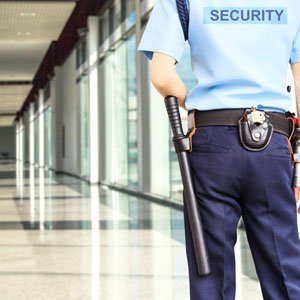 A study carried out by New York City’s Department of Health and Mental Hygiene, which handles medical care at Rikers, was obtained by the NY Times and shows that over a period of 11 months, 129 inmates suffered “serious injuries” in altercation with correction officers. Significantly, it highlights that 77% of the victims suffered from mental health illnesses. The report also notes also that in 80 percent of cases, the inmates were beaten after they were handcuffed.

The extent of the violence carried out by the officers in Rikers has previously been kept quiet but the increasing number of cases brought by inmates against New York City Corrections Officers has begun to convey the culture of brutality which plagues Rikers. More concerning is the number of cases involving inmates with mental health problems, indicating that the guards are poorly equipped to handle people with such illnesses, which in turn leads to such a high level of violence.

The New York Times reports that the conditions in Rikers are severe, conveying indifference and neglect on behalf of correction officers. It reported that in February, a mentally ill homeless veteran died after the temperature in his cell reached more than 100 degrees. Shortly after, federal authorities indicted a correction officer on charges of violating the civil rights of an inmate with schizophrenia who swallowed toxic detergent and died, despite begging for medical attention for hours.

In addition, it was recently reported that New York City State has agreed to pay $2.75 millions to settle a law suit stemming from December 2012 death of a prisoner, Ronald Spear, at Rikers Island after he suffered what the city medical examiners officer concluded was “blunt force trauma” to the head. Witnesses at the incident suggest Mr Spear had been kicked in the face and chest whilst being pinned down. Jonathon S Chasan, a lawyer with the Legal Aid society, which helped represent the family, said the case was “yet another example of the persistent problem of excessive force in New York City jails, a problem that has not yet been adequately addressed or remediated.”

In response to heightened concern, the Department of Investigation has begun a review of cases involving assaults of inmates by NYC Corrections Officers at Rikers. The Commissioner of New York City’s Department of Investigation, Mark G Peters says it was an investigation into “a pattern of lawless conduct at Rikers that must be brought under control”. It reveals that eight correction officers have been arrested and charged with assaults on inmates, as well as 12 corrections workers referred for prosecution as part of an Investigation Department inquiry into contraband smuggling, brutality and corruption at Rikers. The Times reports that the Investigation Department have said that more arrests are expected in the near future.

If you or someone you know been victim at the hands of New York City Department of Corrections Officers, you should contact the attorneys at PetersonDelleCave LLP.